Home
Multifamily Editorial
Multifamily Marketing
The Great Millennial Housing Search: Are They Elusive or Is Your Property?

Now that a large subsection of Millennials is reaching adulthood and finding themselves requiring a roof over their head (non-occupied by familial types), their respective apartment housing demand has followed suit.

Contrary to belief of some, it’s actually the Millennials that are swelling in multifamily properties at a rate substantially outpacing boomers. In fact, 10x that of Boomers, according to Patrick Simmons, Fannie Mae Research and Strategy Specialist. There are a number of factors that support this, one being that entry-level single family homes don’t seem to exist like they used to.

Marketing executives in multifamily can’t be naïve to this opportunity. Those operating business as usual to attract the same old ILS respondents via phone call or email could be left behind by not being in the places where Millennials would find greater accessibility.

Millennials are responding to text messaging ads at an astonishing clip, but it’s an often ignored medium because of the complexities and lack of visibility and administrative control for property managers. However, the right solution could tap into a wealth of immediate medium-comfortable engagements and eventually leases for the Millennial renters.

Is social media important for earning a lease agreement? For the last ten years the debate has taken place in the trenches, and it’s surprising to find that a truly crisp social media strategy is not a cornerstone of every multifamily property. Ninety percent of housing searches begin online according to NAR, and even though they (searches) don’t reach a precipice on Facebook et al., it’s certainly a trusted source of content and recommendations. Overlooking an opportunity to put your best foot forward in social channels could severely hamper the ability to attract this key demographic. Millennials are the generation that invented social media, after all.

Putting the Pieces Together

It’s difficult to say that any one silver bullet will be effective for EVERY single property, but the fact remains that housing seekers will always evolve. They will perpetually research in places that they feel the most comfortable and “in control.”  Does it mean that all other traditional mechanisms should be avoided? Of course not, but the worst thing an executive can say is that they do things in the way they always have and it’s the way that they will remain. Those who resist change will be left behind—enough said! 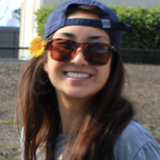