If you haven’t already heard, Pokémon GO has quickly become the most downloaded mobile application in the United States since its release in July 2016. Pokémon GO is a mobile, location-based, augmented reality game developed by Niantic. Because of its popularity, it is being used as a clever marketing tool for apartment communities, restaurants, and retail businesses.

When attending San Diego Comic-Con this year I saw a lot of bars, restaurants, and shops in the Downtown San Diego area that advertised Pokémon GO in some way. I saw signs with pictures of Pokémon, as well as signs notifying patrons of a PokéStop at their location (this is where people can get in-game items). I have read many articles that mentioned how businesses are seeing more financial success and foot traffic since the game started because people are getting out more often.

Through working at WebListers, I have even found that some apartment communities are using Pokémon GO as a marketing strategy. I recently saw an ad that was posted with pictures of Pokémon that had been caught in-game at a community. I found this to be really clever and inviting, not just because the game is popular right now, but also because I am a Millennial and Pokémon was a big part of my childhood, as it was for many others around my age. Since Millennials represent a big part of the rental market right now—even surpassing Baby Boomers1—this can be a very effective way of getting our attention. By appealing to my interests, I would definitely have a positive opinion of an ad like this and want to learn more about the community.

I’m sure that you’ve probably also heard some negative things about the game. Since Pokémon GO was released, I have seen many complaints in articles and social media claiming that it is ruining social interaction and is even dangerous. However, I have found Pokémon GO to be a really positive experience all around. A lot of nights when I get home from work, my partner and roommates will want to go out on a walk to catch Pokémon. I am not really into exercise, so anything that can make it fun will make me more likely to do it. When we go out, we end up talking to a lot of people (which we otherwise may not do) and have a fun social experience. I also have a few friends with social anxiety and they have told me it’s been a huge help with motivating them to get out more, which is something that they struggle with on a daily basis. I believe that as long as you use common sense, and are aware of your surroundings, Pokémon GO is not dangerous as some claim. The fact that it is being used as a positive and interactive marketing tool, while at the same time encouraging people to get more exercise and be socially active, is definitely a good thing.

1 Reference: Redman, Daniel. 2016. The Great Millennial Housing Search: Are They Elusive or Is Your Property? 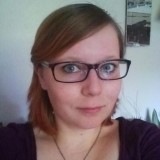